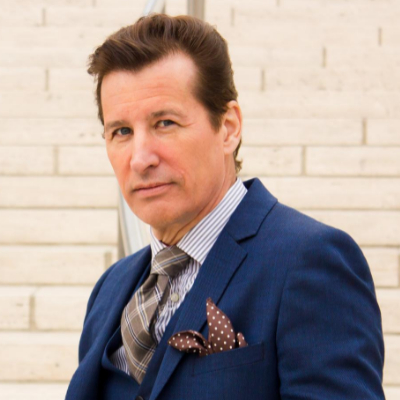 Michael Kuka is a renowned competitive Ballroom and Latin dancer, a diverse performer, and a nationally certified judge and examiner. A Milwaukee native, Michael first discovered Ballroom dancing in high school via his aunt, a dance instructor with Arthur Murray. He quickly fell in love with the competitive dance world, and moved to Las Vegas to pursue a career. He hasn’t stopped dancing since.

As a competitive Ballroom and Latin dancer, Michael has won championships all over the United States and Canada, specializing in American Smooth and Rhythm. A few of his numerous titles include Ohio State Ball Rising Star Champion, Emerald Ball Rising Star Smooth and Rhythm Champion, Le Clasique Cabaret Champion, and California Star Ball Rhythm and Smooth Champion. Not content to stop there, Michael rapidly mastered Argentine Tango, Lindy Hop, Hustle, and Salsa, and a variety of specialized club styles.

Michael’s natural charisma also drew him to the stage. He has performed all over the world with his partner Natalia Lind. Michael has appeared in numerous films (Pirates of the Caribbean, Dance with Me, and Poseidon), television shows (Young and the Restless, Will and Grace, General Hospital) and big theater productions (Tango Fiesta with Walter Rios and Mariel Dupetit at the Wilshire Theater, The Live Lawrence Welk Tour, Fascinating Rhythms, ft. Grammy winner Melissa Manchester at the Rubicon Theater, and Sentimental Journey at the Candlelight Pavilion), as well as performed as the main stage act on top cruise lines (Crystal Cruise Line, Holland America).

Michael’s love of teaching, and extensive experience with Arthur Murray, led to him receiving the National Top Teacher Award. He later went on to open his own dance school with Natalia Lind in 2007, to reflect their belief in the highest quality dance instruction.  He continued to expand his dance expertise and became certified judge and examiner in International Latin and Standard, as well as American Rhythm and Smooth. Michael aims to instruct and inspire students with his passion and professionalism, guiding them through the exciting worlds of competition, performance, and social dance.

Featured
Private Lessons
45-minute, 1 on 1 lesson.
By Appointment Only.
Price$115